Many years ago I was working for Barnes and Noble in Boise, Idaho. This was a weird time; Big bookstores were big business. Somehow in the mid-1990s it turned out that a somewhat sleepy town like Boise had enough of a book-buying thirst to support not only a massive new B&N, but also two bookstores in the mall, three Hastings stores, and a brand-new Borders location, right next door to B&N.

And during this time I was a shirt-and-tie wearing B&N employee. We tried to be the classy bookstore, no polo shirts for us!

One day my managers asked me to do a very innocent bit of corporate espionage. I was to head over to Borders, because they were having jazz legend Gene Harris in store for a signing. I was to quietly walk around and get a sense of how many people were there, how well the event was going, and so forth.

I came back with this: 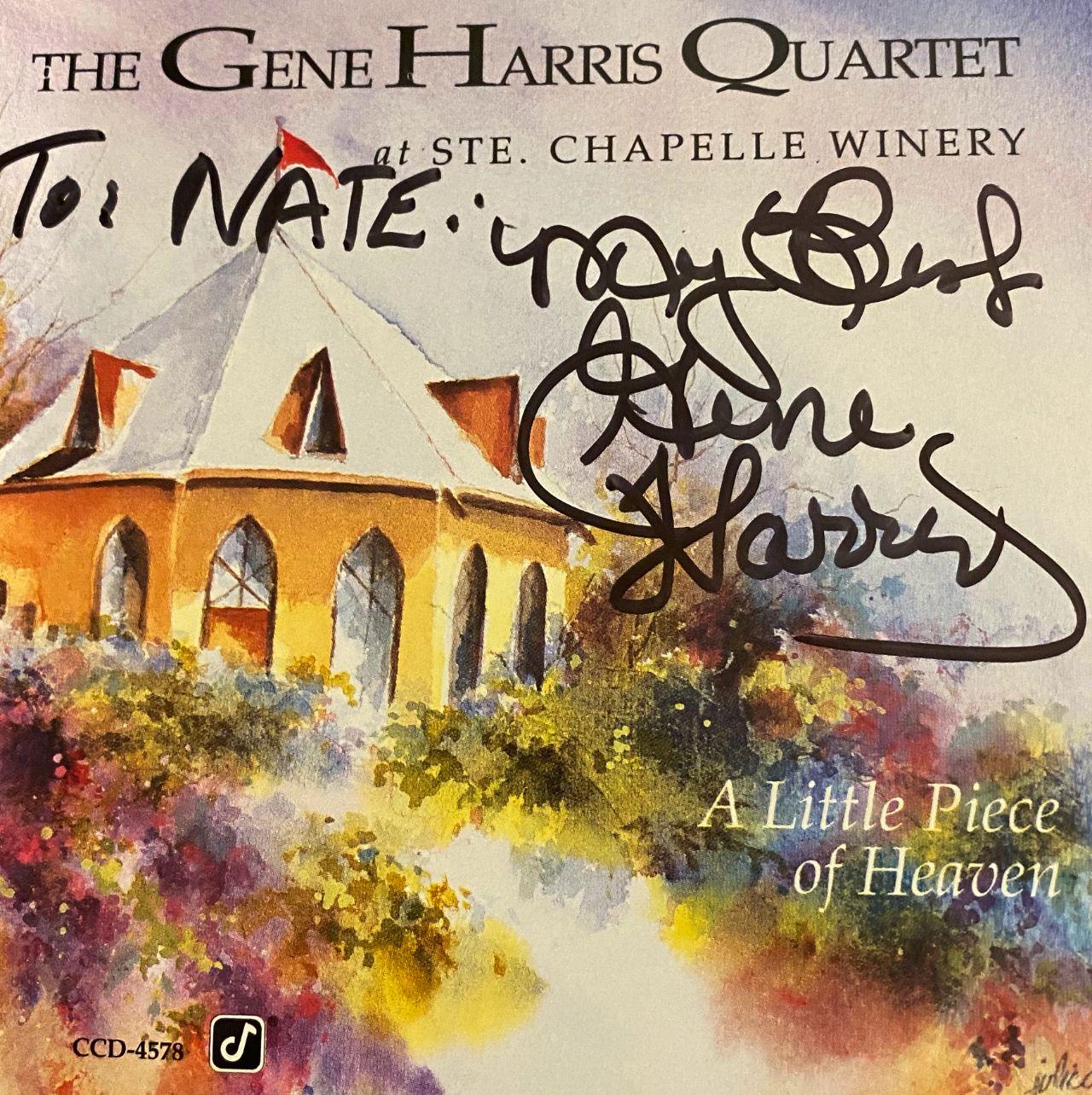 My mangers were somewhat amused and a little surprised that I had bought a CD from the enemy. I reasonably pointed out that it defused any suspicion the people at Borders may have had about a teenager in a tie nosing around their signing.

I haven't been to Boise in well over a decade, I haven't worked for B&N for well over two decades, but I still have the CD, and I still listen to it every now and again. It's good music, and a nice reminder of a joyful time in my life.